This worked for about 6 months until I started to feel as though we still weren’t complete.    It got to the point that I was crying during Huggies commercials when they show the mom getting the baby in her hospital bed.  This led to the kids asking why is Mommy crying and, oh yeah, when are we getting our brother and sister again?   Cue the mom guilt on so many levels. 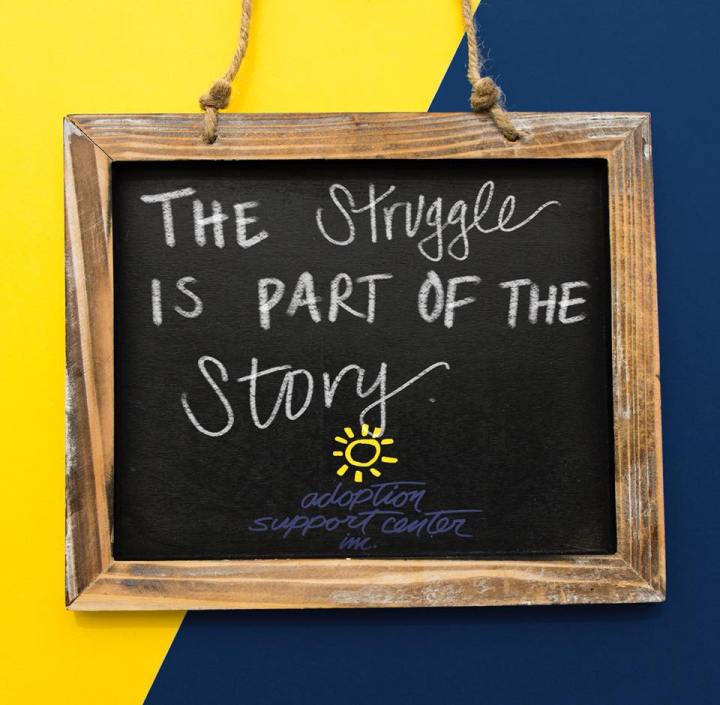 Lucky for me, I have 2 people within my department that have both had successful domestic adoption stories.  This is something I had been terrified of before, but at this point I was beginning to think that maybe there was a reason these two people were brought into my life and show me how positive it could be.  So, in August of last year I got the name of the agency my one friend had used and sent in an application.  We received information back that to start the process we would need to come to a half day seminar to learn about the process onsite in Indy.  Although I hadn’t completely discussed it with Will just yet, I signed us up, still unsure if we would actually be able to go or not.

It was the day before our seminar and I still wasn’t sure if we should go.  I know it was only to get information, but to go meant that it was real and could I really handle “real” again and the hopes/fears that it brought?  We had both requested off work already so we decided to go, just to see.  As we drove down the Interstate at 5 AM to make it to Indy on time in the fog, I kept kicking myself and thinking how stupid it was that we were trying this again.  That it was just a waste of time.   We entered the cute little blue house of the Adoption Support Center on time and they snapped a picture of us for their records.  They wanted to get to know us and welcome us into their new group.  We went to house in the back where there were 16 chairs set up and multiple couples as well as a woman by herself – we all looked nervous and unsure of what to expect. 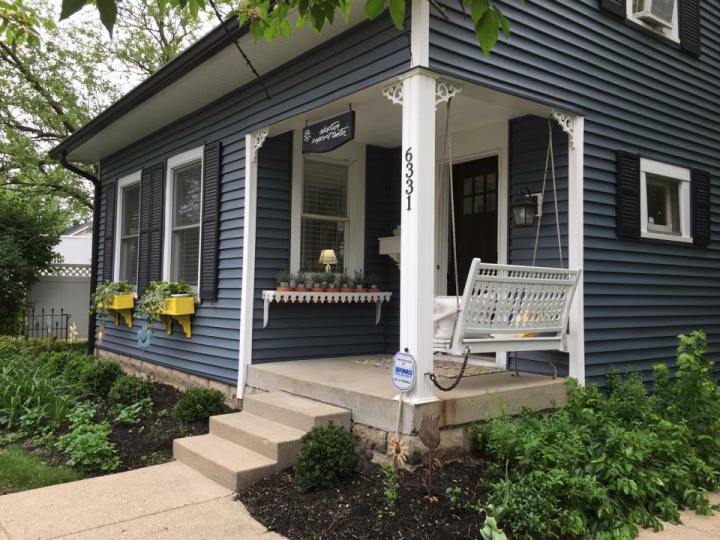 They went through their powerpoint and the history of the agency ( over 30 years ) and the fact that nobody who ever signed up with them and was patient left without an adoption.  Everyone got an adoption, this was a promise they made to us.  They spoke to the fact that less than 5% of adoptions within the US are closed anymore, even if open ranged from pizza every week to pictures available online if the birth mom wanted to see them.  This was my hardest thing to still wrap my head around.

After our half day seminar we drove home, both of us somewhat in silence.  Finally, I asked if we were really going to do this.  In the car ride home, we pretty much decided that as scary as it was that yes, it was worth a shot.  So we ordered our packet ( yay, more paperwork!!) and worked on it for 3 weeks until our full day seminar at the agency.  That day we took all our paperwork, essentially an autobiography of our life, and sat with 3 other couples.  We did mock parent files and things to look out for, heard from brave birth moms with all kinds of backgrounds and stories and how great their relationships were with their adopting families and understood the process from beginning to end a little better.   We learned that fall in your laps happen about 10% of the time and that the birth moms can be teenagers in trouble, but they can also be moms with jobs and families that for a variety of reasons just can’t keep their children.  They can be 12 or 41, married or single, use drugs or be the epitome or saint – they could be anyone. I became more and more comfortable with the fact that the birth mom would be a part of this journey forever. 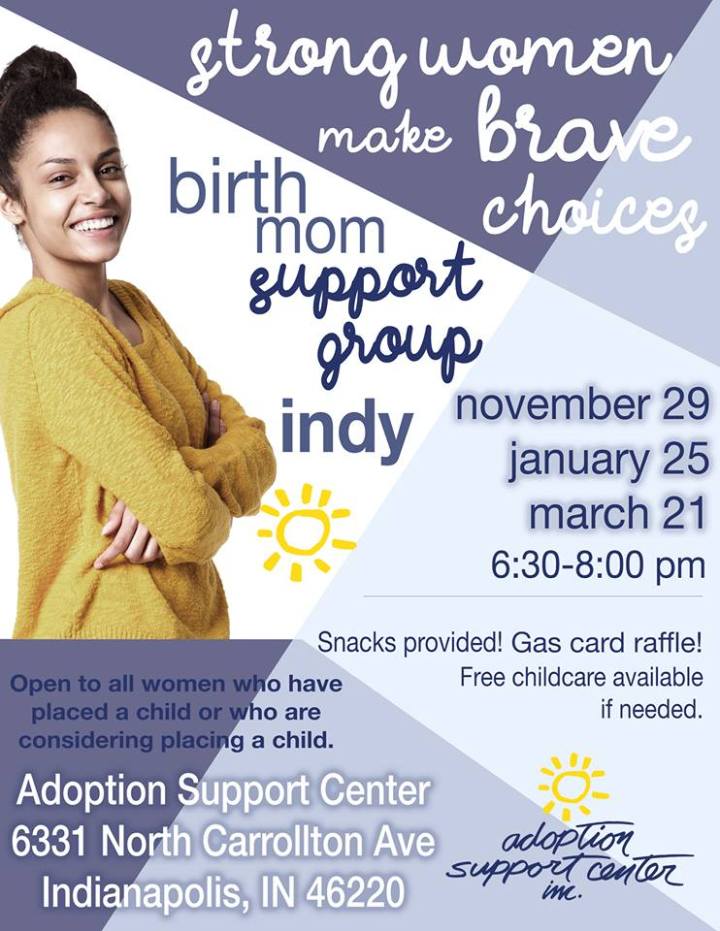 We went home and completed our home study and a few weeks later were given the direction that we were approved and our profile was done.  After their interviews and us pouring over and selecting hundreds of photos of ourselves, we were given our “listing”.  The listing is exactly what you think, just like a house listing with the highlights, the pretty pictures and the sense of “buy now, this one won’t last long”.  It was exciting but also so surreal to see it in paper form.  After a final interview with the agency to prep us, we went live in January of 2018.  Then, you guessed it, the waiting began again.  They told us that since we had 2 bio kids it would more than likely be 18 months or longer until we had a match, so we tried to make that expectation clear to the kids as well as to ourselves.    That being said, they promised us we would have an adoption and helped me work through my uneasiness from the last failed adoptions. 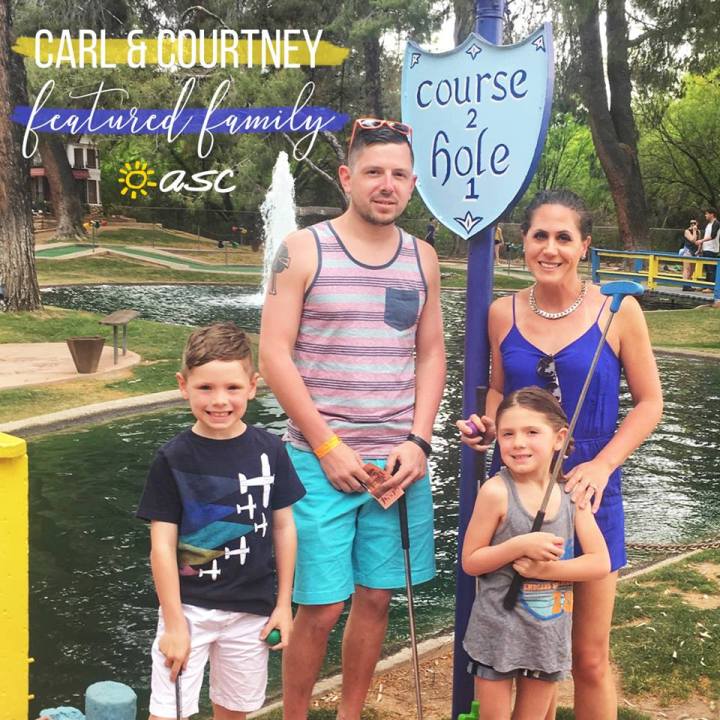 Over the next few weeks we watched couples come onto the program and picked from the program with facebook adoption updates and profiles coming and going from their website.  We did the normal profile “stalking” to see how we stacked up to the other couples and to see what our chances were of being picked.  All the things that you do when you know you have zero control over what is going to happen and just try to have faith in the system.  Anytime my phone rang with an Indianapolis area code I would answer excitedly as “this was the one” only to be let down by countless telemarketers and fundraiser groups.

We were trying to figure out what summer vacation to take because if they tell you anything, it is to keep living your life and to not put it on hold.  It was Memorial Day weekend and we were in Meijer’s getting things together for a picnic at the beach the next day.    My phone rang and I answered it in the middle of the produce section. “Hi, this is Ali from the adoption support center.  I am actually at a wedding now and don’t have a lot of details, but a baby was born today in Indianapolis and the birth mom picked you.  It’s a little girl, healthy as far as we know and 4 ½ lbs.  I’ll call with more info in the morning, but you will want to get your stuff together and start heading down in the morning.  Congrats!”  I was in shock.  Dumbfounded.  Speechless.  Will walked over with the groceries he had grabbed with the kids and asked me what was wrong.  I told him “We were picked.  It’s a girl” and started to get teary eyed.  I filled him in with the little bit that I knew.  He didn’t know what to say and raced out of the store to get coverage for his shift the next day.   The kids were jumping up and down, back and forth.  “We got picked!  We got a baby!”  No matter how excited I was on the inside, I had to tell them that it was just a maybe and you never know. 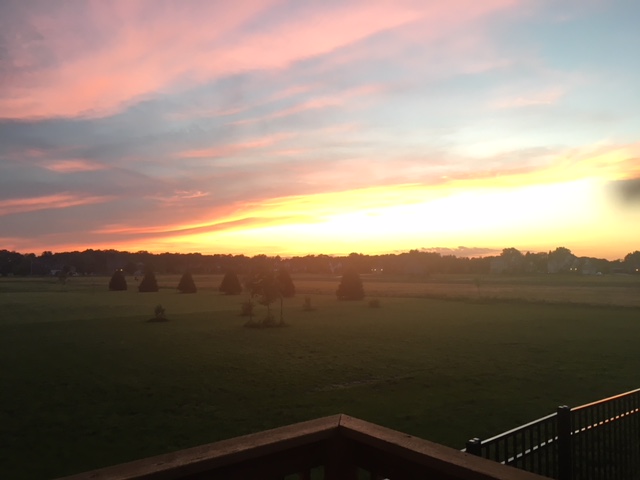 We went home and got a baby-sitter lined up for the AM, my mom enroute from PA to relieve her in the afternoon and our bags packed for a quick stay in Indy.  We woke up and left the house at 8, still not sure which hospital we were even going to.  They had told us to drive down there and to wait until we heard from them to see her.  So we waited.  We went to the Toys R Us going out of business sale, around a grocery store for snacks and then went for lunch.  They told us to hang tight so we walked around a bookstore and a mall and went to sit at a Starbucks for a while.  To say I was going insane was an understatement.  They finally said that there was no update and that we could go home (2 ½ hrs away) or get a hotel.  We could see the hospital she was in and we couldn’t go inside, it drove me crazy!! So we got a hotel room knowing we could get a call at any moment so I was still on edge.

The morning came and I choked down breakfast as we waited.  We did more shopping than we normally do in a month that day bouncing from store to store occupying our time.  Finally we got the text, “She wants to meet you this afternoon”.   We finally had an update!!

3 thoughts on “Adoption – The Chosen Ones”